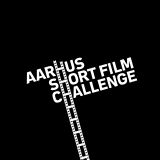 Thanks to Stoyan’s invitation I had opportunity to attend extremely interesting workshop “What does a Producer Do?”  with  Danish producer Troels Faber. This event was organized by Aarhus Short film Challenge festival that takes place now in Aarhus. Troels also presented his video ”Beast” that won a lot of international film awards.

I hope this post will be interesting for film- lovers.

So here are some notes from Troels’ presentation.

What can producer do wrong?

Also Troels was talking about some tools that producers and film makers need in their work, if you just start to make your videos it will help you

Hope this information was useful for you, and next year you will come to Aarhus yourself and win awards from Aarhus short film challenge festival!